Between February and April, more than $100 billion in financial capital flowed out of emerging and frontier markets, five times as much as in the first three months of the global financial crisis.

By Julius Bizimungu with The New Times Rwanda

You may think that 2020 was not a good year for investments to flourish, and on one hand that seems to be true given the magnitude of the pressure that the Covid-19 pandemic has exacerbated on businesses and investors.

In fact, reports such as one that was released in April by the International Monetary Fund (IMF) pointed to the unprecedented outflow of investments from emerging markets in the first months of this year.

Between February and April, more than $100 billion in financial capital flowed out of emerging and frontier markets, five times as much as in the first three months of the global financial crisis. 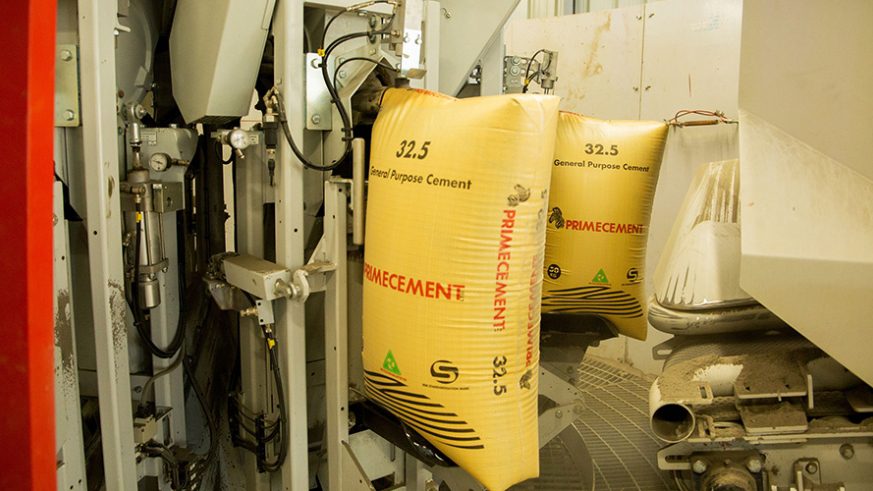 The World Bank forecast that remittances would fall by an additional $100 billion in 2020, four times as much as during that earlier crisis. Yet, countries like Rwanda continued to attract key investments. Overall, Rwanda attracted $1.2 billion in investment, according to President Paul Kagame.

In May this year the Global Finance Magazine, a monthly magazine based in New York, US, ranked Rwanda among the world’s top emerging markets hotspots in 2020.

The magazine branded Rwanda as “Sizzling”, basically an emerging market to watch out for dramatic growth and intense investor interest in 2020, due to its favourable business climate, skilled labour, and good infrastructure.

Here’s a list of some of the top investment deals that Rwanda attracted in 2020.

Perhaps the biggest news of the year came in February when Qatar Airways announced that it was acquiring 49 per cent stake in RwandAir, the country’s national carrier.

It was confirmed by the Group CEO of Qatar Airways, Akbar Al Baker on the margins of the Qatar Aviation Aeropolitical and Regulatory Summit.

The Gulf airline’s plan to acquire a stake in RwandAir came at a time when the pandemic was starting to take a hit on many economic activities, including commercial airlines.

That did not, however, stop the two parties from continuing their negotiation plans.

The chief executive of RwandAir, Yvonne Makolo told The New Times during the announcement in Doha capital that it was “great for an airline like RwandAir to partner with a world-class airline like Qatar Airways.”

“There are a lot of synergies that we would tap into, and the potential for growth will be huge for the airline,” she noted at the time.

The development followed another major investment deal that the airline signed with the Government back in December 2019 to invest in airport infrastructure through Bugesera International Airport in Bugesera District.

In December, Qatar and Rwanda signed three agreements that saw the two parties set up a joint venture to build, own, and operate the international airport.

Another key deal was registered in Rwanda’s hospitality sector when United Arab Emirates-based investors under Kerzner International opened their luxury hotel in the country’s north.

One&Only Gorilla’s Nest, a luxurious hospitality facility, was inaugurated on the foothills of the Volcanoes National Park in February by President Paul Kagame and Chair of Kerzner International, Mohammed Al Shaibani.

It was the firm’s second facility in the country after One&Only in Nyungwe Park, joining the growing list of luxury hospitality facilities in the west such as Bisate Lodge, Singita Kwitonda Lodge, and Amakoro Lodge.

The Dubai-based firm invested over $65 million in the facility to create luxurious experiences for the top end of the market.

While the development of the property started way before the pandemic hit, it was inaugurated at a time when the world was starting to witness an outbreak that saw many investors hold back on their plans.

Rwanda’s longstanding solo cement manufacturing company, Cimerwa, lost monopoly this year, thanks to the entry of Milbridge Holdings which opened its cement plant in the country.

The presence of Prime Cement meant that the country’s struggle to bridge the cement supply gap would be addressed as the company opened a $40-million factory in Musanze District.

Henri Nyakarundi, a Kigali-based entrepreneur, told The New Times that the Covid-19 pandemic wasn’t meant to stop long term investments such as those in infrastructure projects.

“Those are infrastructure deals and I’m sure those deals were negotiated before the pandemic. Plus, those types of investment are long term investments as opposed to being startup investment,” he argued.

Yet, investors in some key sectors like hospitality halted their plans.

The pandemic slowed down the development of hotels in Africa in 2020 despite the sector returning growth at the start of the year, the survey by W Hospitality Group indicated.

According to data published in June, there were 90 hotels with 17,000 rooms that were scheduled to open in 2020, but the Group estimated that at least half of them will be delayed.

This would bring the actualisation rate down to no more than 40 per cent.

The government has been encouraging Rwandans to switch from the use of charcoal to adopt LPG in cooking, but lack of affordable options slowed the transition.

Liban Mugabo, the Managing Director of Safe Gas behind the Nyamata-based LPG plant believes most non-speculative sectors registered a rise in investment, highlighting his case.

“We are not a speculative product,” he said. “Gas is a product that many people demand because everyone wants to eat at the end of the day.”

Mugabo said this is why they went ahead to develop a $7 million manufacturing plant even in the middle of the global outbreak.

At the height of the pandemic, he indicated that the company saw a hike in demand for liquefied petroleum gas, perhaps because household consumption was on the rise as movement of people was minimal.

“We actually had to increase our fleet,” he noted.

The mining sector was not left behind. UK-based company, TechMet announced in November that it would invest $20 million (about Rwf19.5 billion) in their tin and tungsten mining operations in Rwanda.

The sector, despite being hit by the pandemic, is currently seen with potential drive economic recovery and investments such as those by TechMet could propel the country in the right direction.

Brian Menell, a South African renowned businessman in mining, oil and gas, and banking, among other sectors, announced the investment commitment during a virtual press conference.

His firm owns Tinco, a local company that operates tin and tungsten mining concessions in Rutongo and Nyakabingo in Rulindo District.

The US government recently announced a $25 million investment in TechMet, whose use will primarily focus on the expansion of nickel and cobalt projects in Brazil.

While that funding is not primarily focused on their project in Rwanda, however, it would free up other resources to deploy in Rwanda, the investor said early in November.