Rwanda based manufacturers are eligible for tax credits starting this year as part of the government’s move to incentivize local production, job creation and exports.

By Collins Mwai with The New Times Rwanda

Rwanda based manufacturers are eligible for tax credits starting this year as part of the government’s move to incentivize local production, job creation and exports.

Tax credits are tax incentives which allow eligible taxpayers to subtract the amount of the credit earned from the total they owe the revenue authorities. For instance, if a firm owes taxes worth Rwf1 million and has earned tax credits of a value of Rwf100,000, the firm will pay taxes valued at Rwf900,000.

The incentives will be performance-based with manufacturers expected to fulfil certain criteria to be eligible for the tax credit. The relief is part of the wider initiative; ‘Manufacture and Build to Recover Programme’, which was approved by cabinet last month. 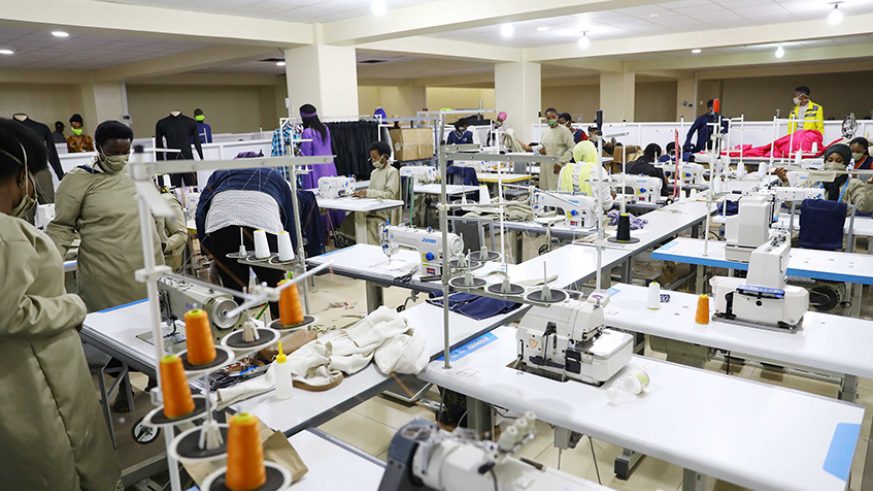 Among the criteria to be considered for firms to be eligible for the tax credits will be additional revenues (domestic and international sales) or exports, and creation of new jobs.

According to Rwanda Development Board, the programme is designed to significantly reduce the cost of setting up industries of select products as well as existing firms who would like to expand their current operations.

The incentives are seeking to increase the production of construction materials, agro-processing, as well as hygiene and sanitation products.

Under the new incentive scheme, a manufacturer will be eligible to receive Rwf50,000 in tax credit for every incremental Rwf1,000,000 in either overall sales or exports.

With that, a producer who grows sales by Rwf2 million will be eligible to receive tax credit valued at Rwf100,000.

For jobs creation, manufacturers will benefit from reduced Pay as you Earn rate.

Zephanie Niyonkuru, the Deputy Chief Executive of Rwanda Development Board, explained that the additional or incremental revenues or jobs will compare 2021 with the base. The base will be an average of the average of the years 2018, 2019 and 2020.

Under the programme (Manufacture and Build to Recover Programme), companies setting up industries or expanding operations in production of construction materials, agro-processing, as well as hygiene and sanitation products will be exempted from import duty for materials and equipment bought for purposes of setting up the production plants.

In the event that the materials are bought locally, the firms will be exempted from Value Added Tax which is at 18 per cent.

The initiative is aimed at stimulating investments in the manufacturing and the construction sectors as well as speed up business recovery from the Covid-19 effects.

Local Small and Medium producers say that when launched, the programme will reduce the costs of operations and expansion as well as incentivize competition on the local market.

Maria Mukankusi, based in Musanze District involved in value addition of dairy products said that the tax incentives will go a long way in reducing costs involved in expansion especially at a time when revenues have been hit by the economic slowdown.

Nyamasheke District based Philbert Mugisha who operates a family stone value addition plant welcomed any efforts to reduce operating costs and taxes levied on firms saying that it will leave them in a position to invest in their plants.

The Ministry of Trade and Industry said that the development is expected to see an increase in the number of industries in the country as well as better performance for existing ones.