The partnership framework shows that the $1.2bn that was committed will go into five broad areas; improvement of human capital, improvement of conditions for Private Sector Development, expansion of access to infrastructure and the digital economy. The funds will also go into increased agricultural productivity and commercialization and intensified urban agglomeration.

By Collins Mwai with The New Times Rwanda

The World Bank Group will inject an estimated $1.2 billion (approximately Rwf1.1 trillion) as part of the Rwanda Country Framework for the period between 2021 and 2023.

The partnership framework and funds committed on Monday this week are expected to play a major role in the country’s recovery from the economic effects of the Covid-19 pandemic.

The partnership framework shows that the $1.2bn that was committed will go into five broad areas; improvement of human capital, improvement of conditions for Private Sector Development, expansion of access to infrastructure and the digital economy. The funds will also go into increased agricultural productivity and commercialization and intensified urban agglomeration.

In human capital development, the intervention will go into improving learning outcomes which have been found to be falling back and uncompetitive.

In 2018, the World Bank undertook a study dubbed, Human Capital Index where Rwanda scored 38 out of 100.

That means that a Rwandan child can be estimated to be 38 per cent productive as they could be if they had full basic education and health services. 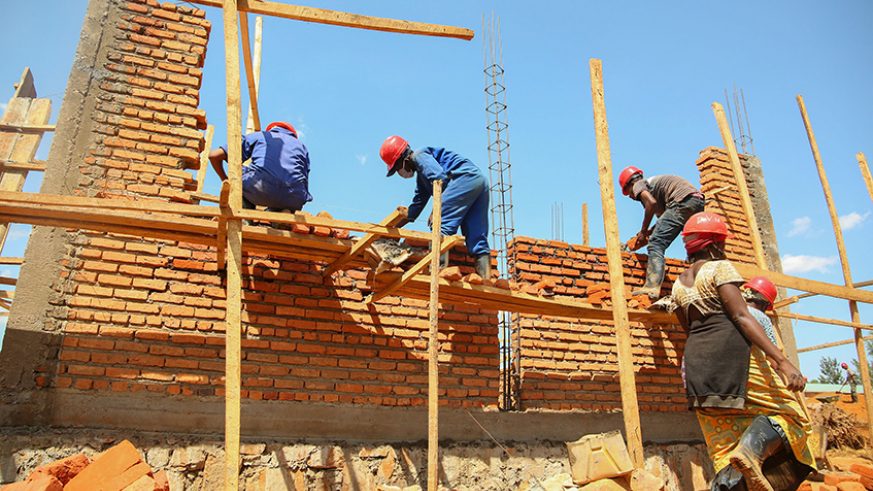 The interventions to be rolled out will seek to raise the odds for Rwandan children through multiple ways such as capacity of teachers, enhancing coverage and equity in access to critical social programs and improve nutrition among others.

The funds and initiatives will also be directed towards supporting the local private sector improvement such as access to affordable capital, reducing cost of operations and increasing availability of skills in the labour market.

The implementation of projects with the funds is expected to have an impact on poverty reduction over time which experts say has been less responsive to economic growth seen over the years.

Aghassi Mkrtchyan, World Bank Senior Country Economist for Rwanda noted that a country diagnostic carried out to inform the framework had among other things revealed that poverty was becoming less responsive to economic growth witnessed over the years.

This, he said, could be traced to challenges such as low human capital levels, low agriculture productivity, limited participation of the private sector in the economy as well as recurring negative effects of climate change.

Rolande Pryce, the World Bank Country Manager, told The New Times that the rollout and implementation of the programmes under the framework is expected to edge the country closer towards the country’s strategic development plan, National Strategy of Transformation among other development plans.

“The process to identify key objectives and interventions includes; analytical work by the bank, the government strategy, assessment of World Bank’s comparative advantage as well as lessons learnt. We then define targets that we want to achieve together,” Pryce said.

Uzziel Ndagijimana, the Minister for Finance and Economic Planning, said that the new framework comes at a critical juncture of socioeconomic recovery following the impact of the Covid-19 which has made the economy fragile and will take a while to recover.

The latest economic projections noted that the economy will contract by 0.2 per cent in 2020 before resuming about 5.7 per cent growth in 2021.