Skip links
Some 2.4 million people in Rwanda are benefiting from telemedicine services provided by Babyl, a subsidiary of U.K.-based Babylon Health, under a partnership with the Rwandan government. And, if all goes according to plan, soon AI-powered health bots will be deployed to scale the service further, making Rwanda one of the world’s most advanced countries for digital health.
By Jennifer L. Schenker with The Innovator

Some 2.4 million people in Rwanda are benefiting from telemedicine services provided by Babyl, a subsidiary of U.K.-based Babylon Health, under a partnership with the Rwandan government. And, if all goes according to plan, soon AI-powered health bots will be deployed to scale the service further, making Rwanda one of the world’s most advanced countries for digital health.

According to the latest statistics available from Open Data for Africa the country had only one doctor and six other health workers per 10,0000 people. But need is not the only reason Babylon Health chose to launch its service in Rwanda. The landlocked east African country is positioning itself as a testbed for cutting-edge technologies and the legislation that underpins it. 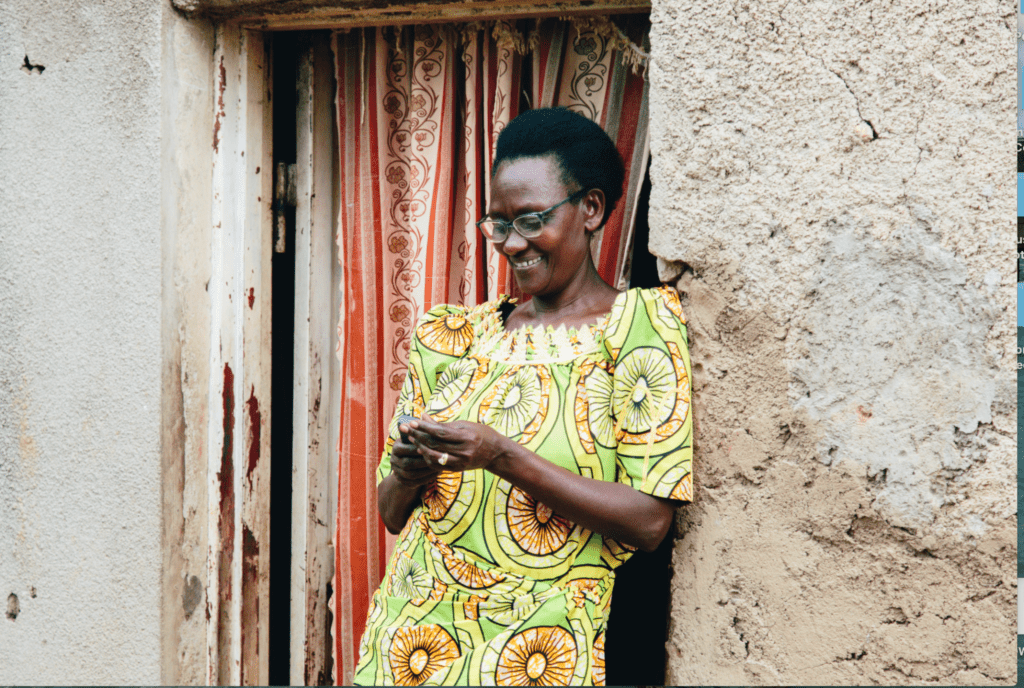 Rwanda began pioneering the use of new technologies as far back as 2016, when it authorized the use of drones to deliver life-saving blood supplies to people in hard-to-reach rural areas and it is credited with helping advance drone legislation globally. It has since taken a number of steps to attract the tech sector, including making it easy to create a business and obtain work visas. Carnegie Mellon University established a campus in Kigali to train technology engineers and is about to add a master’s program in artificial intelligence. The World Economic Forum, in partnership with the government of Rwanda, has set up an Affiliate Centre for the Fourth Industrial Revolution in Rwanda and the Norrsken Foundation is creating a new center for impact startups in the country that it hopes will attract support from multinationals interested in helping solve the U.N.’s Sustainable Development Goals.

Against that backdrop the Rwandan government is working with the Forum to craft policies that govern the use of AI and safeguard user data and privacy. The legislation could serve as a model for governments in both developing and developed countries, advancing use of cutting-edge technologies globally, says Kay Firth-Butterfield, the Forum’s Head of Artificial Intelligence and Machine Learning.

“It is so important to get the governance right,” she says. Government regulations often take too long to draft and are often out-of-date by the time they are implemented and can end up doing more harm than good. That is why, she says, that in addition to working with individual governments through its network of local Fourth Industrial Revolution Centres (C4IRs), the Forum launched The Global AI Action Alliance on January 28. The Forum is inviting participation from business, governments, international organizations, non-profits and academia to try and develop a coherent multistakeholder approach.

The Global AI Action Alliance will not be starting completely from scratch. Earlier this year the Forum assembled 25 global experts from hospitals, governments and the private sector to co-create Chatbots RESET, a framework for governing the responsible use of chatbots in healthcare conversations, says Venkataraman Sundareswaran, a Forum Mitsubishi Chemical Holdings Fellow, on the artificial intelligence and machine learning team. The use of AI chatbots to exchange sensitive healthcare information is bound to come under scrutiny, since it brings up legal, privacy and security issues as well as a need for fairness and explainability. The Chatbots RESET framework tackles these challenges by establishing ethical principles and operational guidelines, says Sundareswaran, who is overseeing the Forum’s work in this area.

The framework consists of a set of ten principles selected from AI ethics and healthcare ethics and interpreted within the context of the use of chatbots in healthcare. It also contains operational recommendations for technology developers, healthcare providers and governments to consider at various stages to ensure the scale-up of chatbot technology is done responsibly.

“Creating firm governance for use of AI in this sector will be transformative allowing many who would otherwise have no access to healthcare to have care,” says Firth-Butterfield. “The framework allows rapid and iterative use of chatbots in healthcare by providing a governance framework which can be used by all. It could be transformed into law, but it could also be used as self-governance by chatbot creators.”   Reliance Group and Tech Mahindra are piloting the chatbots framework in India and OmniBot.ai and Ada Health piloting it in Europe.

With Rwanda’s national AI policy currently under development, including ethical guidelines for AI, the affiliate C4IR Centre in Rwanda is exploring how to integrate some of the chatbots framework recommendations into its policy work.

The Rwanda Affliate C4IR Centre has also been engaging with the Rwandan government on its draft data protection and privacy law for the past year, says Crystal Rugege, Managing Director of the Kigali-based Centre. In reviewing the legislation, The Centre consulted with 15 local and global organizations, including Covington & Burling, Babylon Health (which uses the name Babyl locally), other members of the private sector, civil society and academia. It has also referenced some of the previous work done by the Forum on cross-border data flows.  “Of course, the privacy of citizens is of paramount importance, but you also want to enable innovation and economic development,” says Rugege. “To bring balance to the discussion we have to make sure all stakeholders have a voice.”

That is especially true when it comes to using AI to supplement and even stand in for human doctors. Health bots promise to remove a critical constraint that has prevented widespread access to high-quality healthcare in developing nations, rural populations and other difficult to serve communities. It is even a problem in many developed countries, where people have to cope with long delays to get an appointment with their family doctor.  But until the impact of the implementation of health bots is fully understood and policies are in place that govern their responsible use, it will not be possible to fully harness the power of data-driven AI in health, she says.

Through a ten-year partnership with Babyl, Rwanda is positioning itself as a world leader in digital health. Babylon Health, Babyl’s parent company, is already using health bots and/or digital diagnostics technology in 16 other countries. In Rwanda Babyl is developing a series of tech tools to digitally-enable public health centers in the country, with the help of grants from the Bill and Melinda Gates Foundation. This technology helps triage patients and, where appropriate, connect them to clinicians via digital consultations. Digitizing these health centers and giving suitable patients the option to virtually connect with a Babyl doctor or nurse  is aimed at reducing heavy demand on health center staff.  The technology gives patients the option to input their symptoms to determine the potential causes and provide them with information to decide on the best next step.

The way it works now is that instead of standing in line to see a practitioner in-person, Babyl users can access consultations with doctors or nurses over the phone from anywhere in the country in the comfort of their own home and receive a code via text message for a prescription, referral or lab test at one of 450 partner health facilities.

In future, the plan is for a triage tool or “health bot” using AI technology which has been localized for Rwanda by taking into account local language and epidemiology, to be used, so even more patients can be processed. This triage will only be available to people who travel to health centers and will be completely optional for patients. Support workers will be trained to help patients with low literacy. For patients that require a physical consultation at the health center, triage will act as a prioritization tool ensuring that patients deemed to have urgent needs to get placed at the front of the line. The patient’s triage outcome, generated through the tool, could also be shared with health center clinicians, making it easier for them to quickly access the information they need to treat the patient. Through this new system Babyl says it hopes to enable more effective use of scarce health resources, while also improving the quality of care for patients and still keeping a human healthcare worker in the loop.

Babyl is not the only startup using AI to improve healthcare outcomes in Rwanda. Insightiv uses AI to respond to the scarcity of radiologists, by optimizing anomaly detection and localization, so the radiologists can prioritize their time.

“Companies have started noticing Rwanda’s innovation position,” says Rugege. “The government is actively looking to attract startups here. The pitch is ‘If you have a great idea, test it in Rwanda and scale it up to the rest of the world’.”

Rwandian-owned Charis UAS, founded in 2014, was the first licensed drone company in Rwanda. The company, which also operates in Rwanda, Tanzania, Uganda, Gabon, Ivory Coast and Democratic Republic of Congo, uses drones for applications that include precision agriculture and fighting malaria.

When Charis first launched, drone use was still limited globally because the traditional rules of the skies only allow aircraft that are completely safe for humans, both in the air and on the ground. That singular focus on absolute safety created a slow, deliberate aviation rulemaking culture that tended to apply regulations equally to any vehicle in the air. The Forum and the drone industry have been advocating for a more flexible approach, one they dub “performance- based.” Rather than primarily worrying about the possibility of a crash, they would like to see regulators make a more complex performance-based assessment, an approach that asks whether the benefits outweigh the risks.

That was essentially the approach the government of Rwanda took when it partnered with the Silicon-Valley based company Zipline in 2016 to use drones to deliver essential supplies to rural hospitals. While flying unmanned drones beyond the line of sight posed some risks, the benefit was deemed to be worth it.

Using those deliveries as a starting point, regulators are now using the data gathered on the performance of drones to influence additional rulemaking. The hope is that this kind of performance-based approach will allow both regulators and operators to more quickly open up airspace to more operators and applications, thereby spurring business development and aiding programs with social impact, not just in Rwanda but in other countries.

Since piloting its drones to enable a national blood delivery service in Rwanda, and making Rwanda the first country in the world to approve performance-based drone regulation, Zipline has expanded into Ghana to deliver vaccines, blood and medicine, and most recently, in the United States to deliver medical supplies and PPE in response to the pandemic.

Rwanda is becoming not just a testbed for technology but “a policy innovation lab,” says Rugege. “I give credit to the government for being visionary and open to trying new things,” she says. “The country has understood that in the times that we are living it is important to be more innovative and agile in its approach and to give all of the stakeholders representation in order to develop inclusive and sustainable policy. Without such policies we will not be able to fully reap the benefits of new technologies.”