Within the span of 10 days, regulators in the United Kingdom and the United States granted emergency use authorization for the Covid-19 vaccine made by Pfizer and BioNTech.

By Safura Abdool Karim with STAT

Within the span of 10 days, regulators in the United Kingdom and the United States granted emergency use authorization for the Covid-19 vaccine made by Pfizer and BioNTech.

This vaccine, reported to be 95% effective, is now being rolled out across both countries. And as I write this, the U.S. is poised to approve a second Covid-19 vaccine, this one made by Moderna. 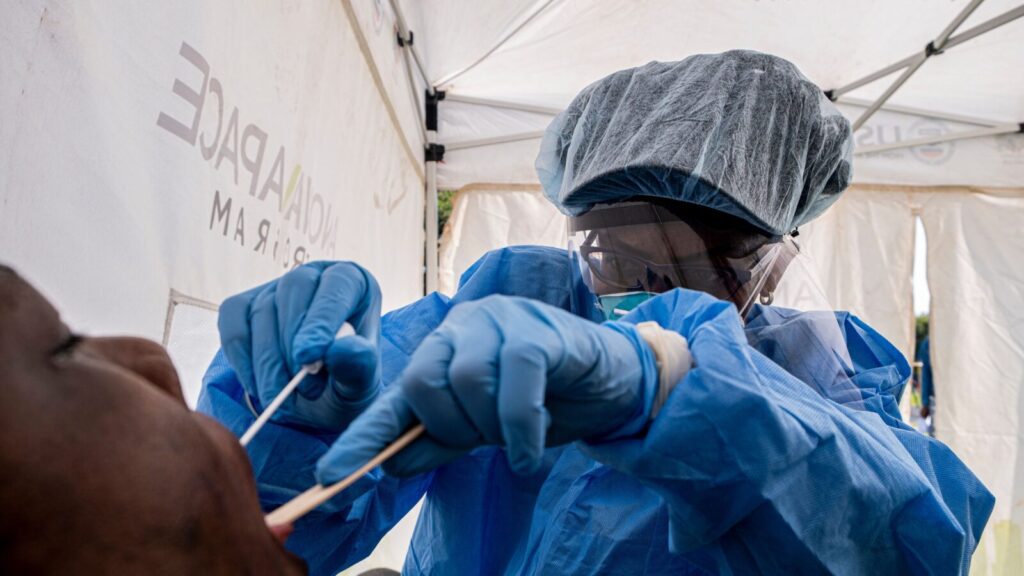 It will likely take far longer for this vaccine to be available in sub-Saharan Africa, partly because its use was approved with emergency use authorizations instead of the developers pursing full licenses.

Previous efforts to expedite Covid-19 vaccine approval, such as Operation Warp Speed, were met with concerns about safety. In response, the largest vaccine developers pledged to submit their vaccine candidates for approval only after passing Phase 3 trials showed a vaccine’s effectiveness.

However, after early results of the Pfizer/BioNTech vaccine candidate trial were announced, the developers reneged on their assurances and said they would push ahead for emergency use authorization from the Food and Drug Administration, relying only on preliminary results before the completion of the Phase 3 trial.

While these moves could be welcomed by people living in the U.K. and U.S., the emergency authorizations will have serious consequences for lower-income countries, creating a ripple effect that could deny them access to Covid-19 vaccines for months to come.

An emergency use authorization allows a vaccine or treatment to be rolled out quickly during a health crisis, as it requires a lower standard of evidence regarding effectiveness and, in some instances, even safety. In September 2020, the United Arab Emirates granted an emergency approval for a vaccine from Sinopharm, a Chinese pharmaceutical company, without evidence that the vaccine would be effective and before its Phase 3 trials were completed.

Because there is likely to be a shortage of vaccine doses around the world, a country can give itself an advantage by granting an emergency use authorization and then begin procuring doses without competing demand from other countries. In the case of the United Arab Emirates, the emergency use authorization enabled the country to procure doses without having to compete with other countries who had not approved the vaccine.

Expediting approvals, including emergency use authorizations, may be an option for wealthier countries, but they are not something poorer countries can emulate. In low- and middle-income countries, the timelines for approval of new vaccines tend to be significantly longer than in countries like the U.S. A recent study found a delay of four to seven years between the first regulatory submission for any type of treatment or health technology, usually in a high-income country, and the final approval in sub-Saharan Africa.

This delay occurs because approvals for drugs and vaccines in the region tend to follow a three-step process. Initial approval in a high-income country, such as the U.S., is followed by pre-qualification by the World Health Organization, and finally approval by a country’s own regulator.

The use of emergency approvals poses a particular problem for the pipeline of Covid-19 vaccines. Because the standards for emergency use approval are significantly lower than the norm, the WHO cannot use them for pre-qualification, blocking regulators in lower-income countries from approving these vaccines. This means that even if there is a highly effective vaccine, if it is given emergency use authorization lower-income countries might not be able to approve it for use for their citizens.

I do not believe that this allowance for emergency use authorization is the answer. Stringent approvals of drugs and vaccines exist for a key reason: They are designed to avoid poorer countries being stuck with ineffective or unsafe medicines and vaccines, particularly when these countries lack the infrastructure to test the medicines or vaccines themselves.

There are certainly valid reasons why a country would grant emergency use authorization for Covid-19 therapeutics or vaccines, given the death and disruption the pandemic has caused this year. In a situation where there are few treatment options, lowering the threshold for approving treatments is better than providing no options. However, to control the pandemic, the whole world needs a truly effective vaccine to be distributed equitably.

While emergency use approvals from the FDA in the U.S., the Medicines and Healthcare products Regulatory Agency in the U.K., and other agencies in high-income countries will lead to earlier access to Covid-19 drugs and vaccines for their citizens, there is a need to ensure that they won’t block the approval pipeline for low-and middle-income countries. The pledge by pharmaceutical companies to pursue full licensure would have addressed this problem, but in reality vaccine developers are now attempting to roll out candidates as quickly as possible.

The European Medicines Agency has departed from the trend adopted in many other countries. Instead of allowing emergency use authorizations for COVID-19 vaccines, it is choosing to pursue full licensing, even though this will delay vaccine rollouts. This will ensure safer vaccines, and poorer countries can rely on this license to approve the vaccines themselves. Having regulatory agencies, or developers themselves, opt to pursue full licenses for Covid-19 vaccines will ensure they are accessible to all. What the European Medicines Agency is doing should be the norm.

The preference for granting emergency use authorization to expedite rollouts of Covid-19 vaccines poses immense difficulties for poorer countries and will likely delay their access to these life-saving agents. If pharmaceutical companies commit to pursuing full licenses from stringent regulatory authorities like the FDA in the U.S. and the MHRA in the U.K., they can help ensure that effective vaccines are accessible not only in those countries but around the world as well.

Only then will the world be considered safe again.

Safura Abdool Karim is a public health lawyer, researcher at the SAMRC Centre for Health Economics and Decision Science at the Wits School of Public Health in Johannesburg, South Africa, and a 2020 Aspen New Voices Fellow.